Our pretty cat that, we had in mind having sterilized, ventured outside our yard on a fine spring morning
and we never saw her again….

She surely crossed paths with Mr. Matou and gave birth, in difficult conditions, to a first litter… followed by a second, then a third.

Cute kittens, famishing, that will reproduce in turn, making colonies from one neighbourhood to the other…

Estimating that Chatouille could have a minimum of 3 litters of 4 kittens, of which half would be females that could reproduce in turn, she will have more than 15, 500 descendants in 5 years 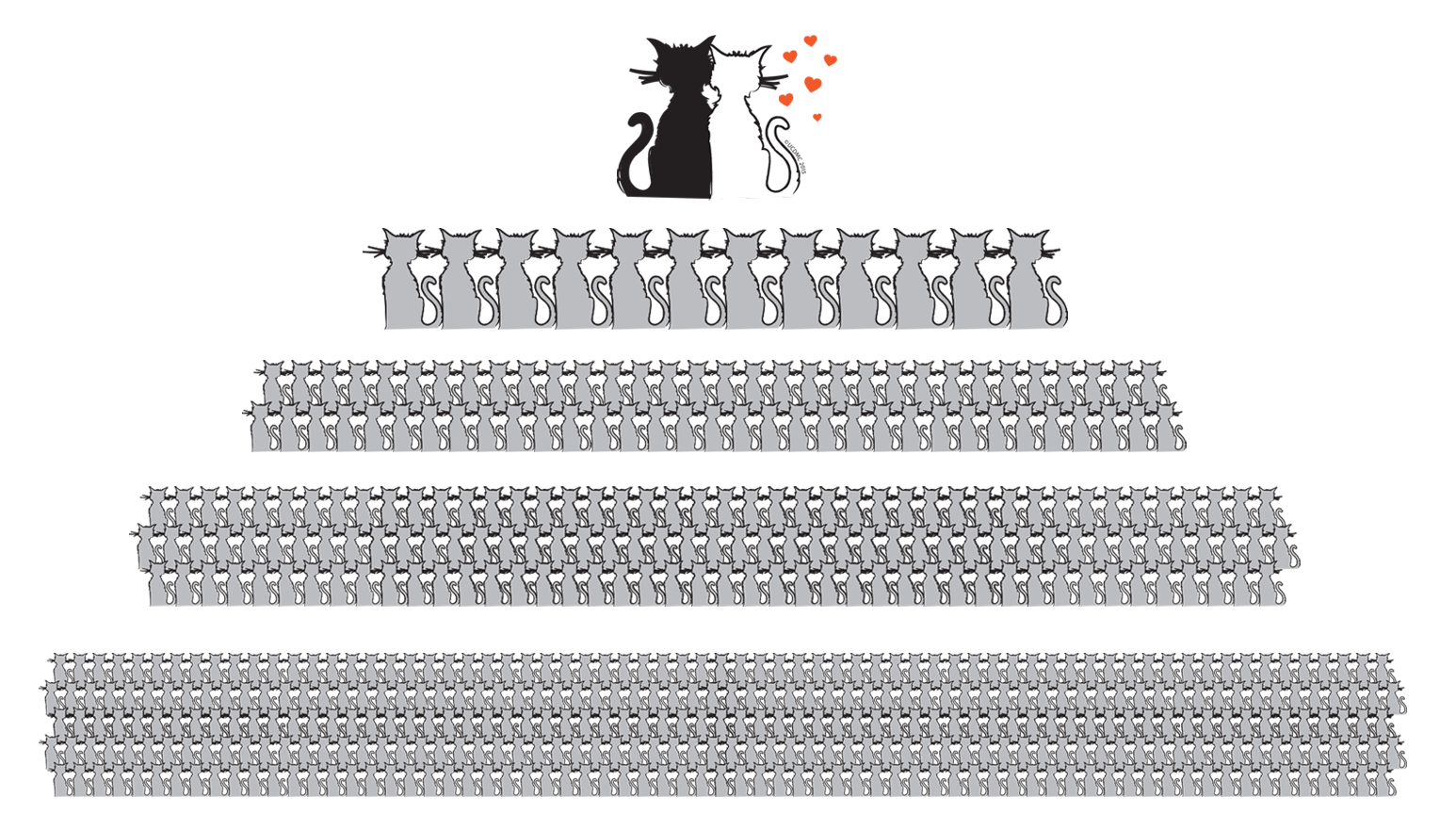 In five years, Chatouille will have over 15 500 descendants!

Only one solution imposed itself: NEUTERING

With a TNRM program (Trap-Neuter-Release-and-Maintain) Un chat dans ma cour provides control the population
of stray cats on its territory in the most ethical manner possible.